Welcome to Decor Through the Decades, in this series of articles, we'll be taking a look at key decades, movements and styles in the world of design. We'll tell you what was popular at the time, and how to recreate the look in your home. This week we're taking a look at the 1960s décor in Britain.

The 1960s were one of the most iconic decades in all of British design. America had been leading the way for the last 30 years, but the 60s saw Britain take centre stage in a big way. Free from the duties of conscription, the youth of the 60s had a kind of freedom and independence that had never been seen in modern Britain. British Rock ‘n’ Roll was making waves worldwide (with bands like The Beetles, The Rolling Stones and The Kinks leading the British Invasion) and fashion was full of self-expression and liberation for all.

The home, in turn, became a melting pot of colours and styles. Décor influences came in many forms, but whether it was hippy florals, Indian fabrics or space-age neo, you couldn't help but rebel against the drab décor of the 50s! Interior design in the 60s was fun, expressive and excessive.

New homes were designed to be very open plan, using sliding doors and screens to portion off areas without separating them entirely. Colours were big, bold and a little brash – with bright yellows, dark greens, zesty oranges and hot pinks all coming together in a kaleidoscope of bad ideas. Black-and-white was also a popular combination.

The 1960s was actually the decade in which engineered flooring was invented, although it wouldn't really become popular for many years. Wooden floors in the 60s were often painted over in bold colours and strong varnishes to look as contemporary as possible. Complicated, busy patterns were preferred, along with geometric designs. Essentially, any bold, statement-floor will do the trick. Whatever floor you had, it was probably covered with a big shag pile rug anyway.

Below is a link to our Pinterest board for 1960s design, check out the images to springboard your creativity! 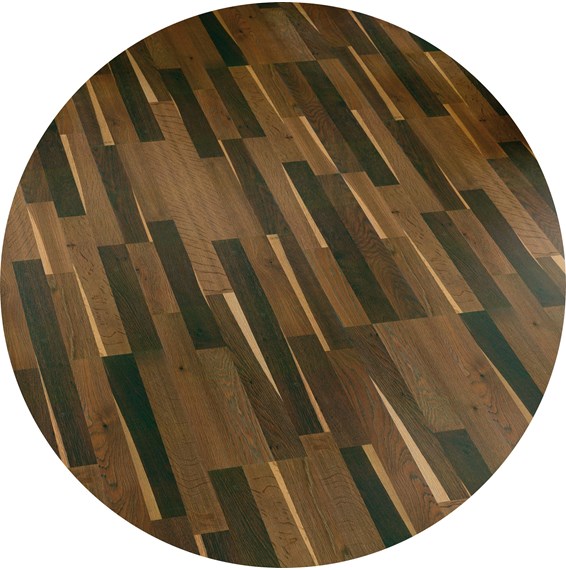 
The walls were covered in psychedelic patterned wallpaper and bold colours. Strong floral designs with high contrast and clashing hues were popular for designers in the 1960s. A fascination for travel brought with it a lot of Indian and Moroccan influences – mainly in the form of fabrics. Bedrooms were suddenly adorned with drapes made from saris and Indian cotton bedspreads. Lampshades were covered in fabric for that iconic hippy style.

1960s furniture was truly iconic. Plastic and metal were popular materials, along with transparent, blow up chairs. Seats could be S-shaped, egg-shaped or anything else that looked futuristic. Keen designers would buy junk shop furniture – particularly wicker or bamboo – and paint them bright colours for a funky look. The less keen could scatter bean bags around the room, covered with either neon colours or Indian-inspired patterns, for a hippy-harem look.

Shopping list: If you're looking to recreate the 1960s look, here's a handy shopping list to get you started with the key elements: